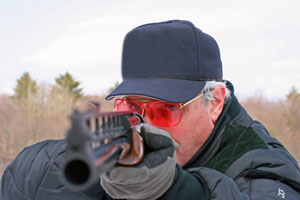 Justin MacDonald grew up in a remote village in the country side of southern England; his father Robert introduced him to shooting at the tender age of 6! (Much to his Mothers horror!). Justin’s shooting career has been peppered with numerous successes’ starting with his first winning trophy in a local, junior Sporting Clay Shoot at the age of 10. This gave him his first taste of competitive shooting, although a very small trophy it was to become one of the most important to Justin over the coming years, more so than some of the oversized Bling covered ones he won later in life.

Over the coming years apart from enjoying countless bird shooting days in Europe, Justin successfully participated in numerous highly competitive shoots around the southern counties of England as well as some in Europe, including the Mitsubishi Motors World series, the southern counties open & the cross channel challenge where the competitors shoot off the back of a moving cross channel ferry.

Early in his shooting career Justin nearly gave up and seriously considered quitting the sport due to a lack of good coaching, around that time however he met up with Peter Stratton of Thomas Turner Gun Makers who’s coaching completely changed Justin’s outlook. Justin went on competing and later was fortunate enough to also be coached by Nicholas Penn of Pennsport shooting school & Ian Coley who was instrumental in guiding the 2012 gold medalist Peter Wilson.

As a result of nearly missing out on his own long and successful shooting career Justin is passionate about helping others who are both new to the sport, as well as existing shooters, so that they can achieve the success, leadership and enjoyment that he has found in the sport, Subsequently Clay Shooting Trainer .com has been established.

Since moving to Canada in 2006 Justin’s focus has moved away from sporting clays and toward the more popular discipline of American Trap. Prior to his training Justin used to miss a lot! He still misses now!… but a lot less often.

Try Before You Buy

Try Before you Buy

Designed specifically for students 10 – 17 years of age. A full action packed day of hands on training. $185.00 per person

Ladies day is a perfect way for ladies with A busy lifestyle to get into shooting clays.$185.00

A comprehensive program that offers tremendous value. Ideal for the beginner to intermediate & advanced intermediate. $320.00